To get to the Oort Cloud, the player needs to hit the 4h button in the right panel.

In the Oort Cloud screen, there is a feature known as "Grid" under the Layers tab. This feature shows the scale that contains Oort Cloud coordinates with X longitude and Y latitude; this allows the player to orient in the 3D space of the Cloud. 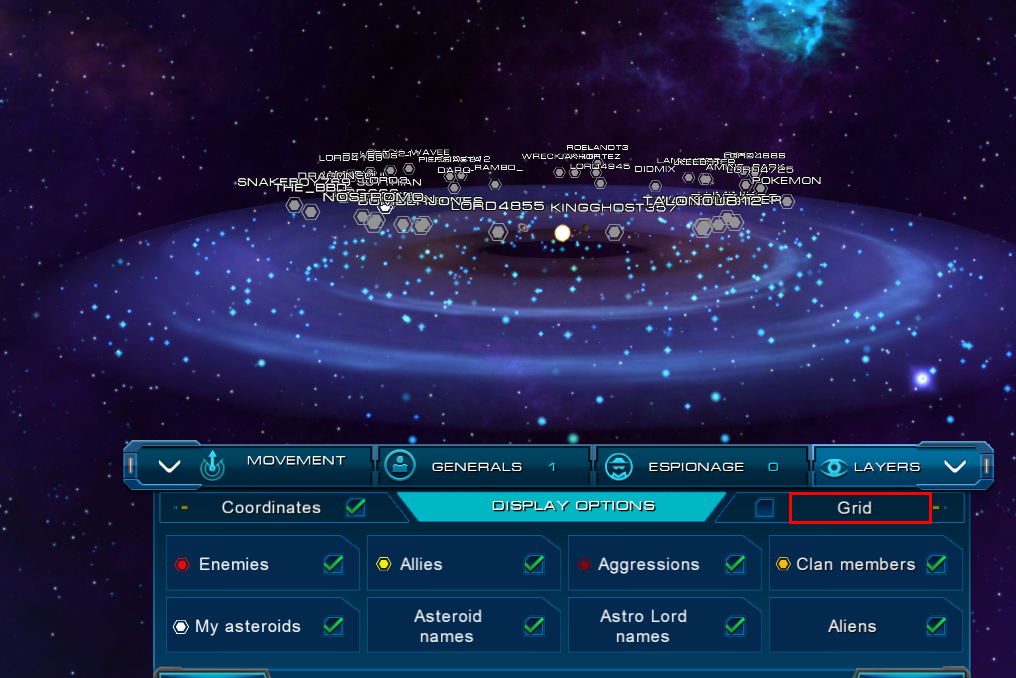