Long ago, when humans were only just beginning to explore the cosmos, an asteroid passed by planet Earth.

An automatic research probe was sent out: having landed on the asteroid, this probe made an unexpected discovery that forever altered the course of human progress. 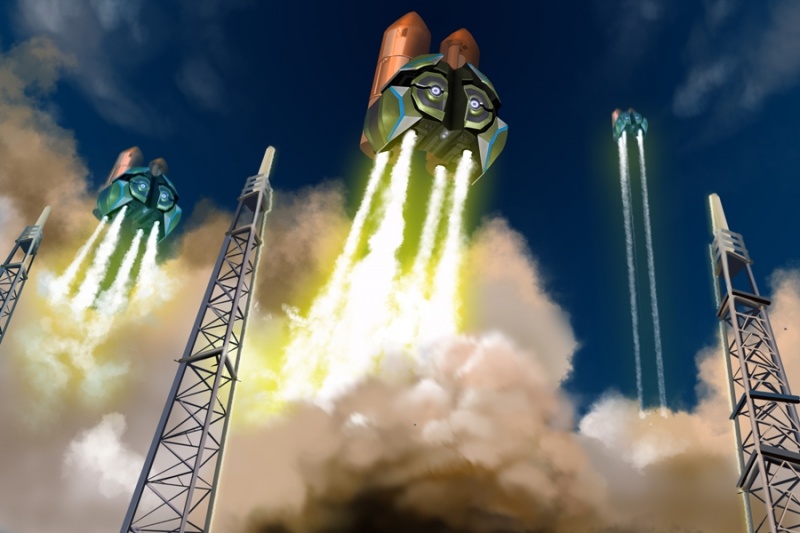 The probe discovered an energy source which became known as a ‘Rune’. This new energy source possessed remarkable properties: it had been created by an unknown ancient race, which subsequently came to be called the ‘Forerunner Race’.

After this discovery, humans quickly learned to build space ships: even subspace portals between two given points in the Solar System soon became a reality. More and more Runes were discovered, which further sped up technological progress. 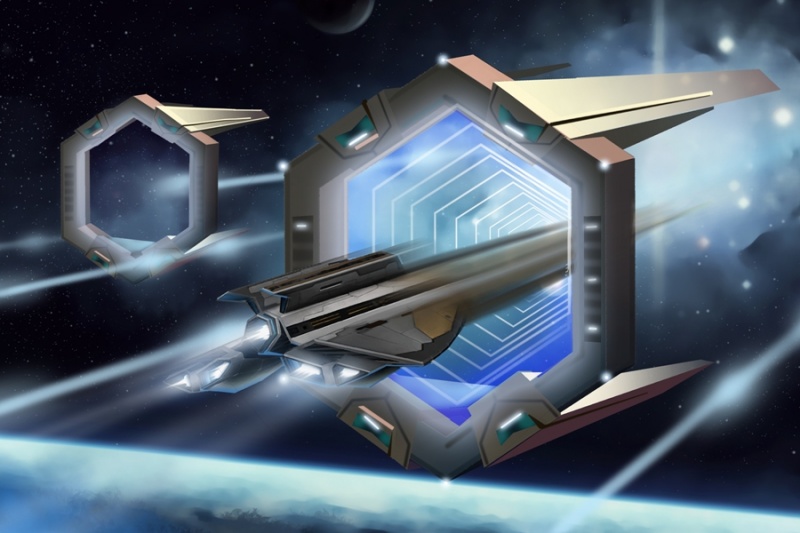 Despite these vast scientific advances, no one has been able to reproduce the Runes, as their exact modus operandi remains unknown to this day. However, humanity has successfully mastered their use: it’s a shame that Runes instantly disintegrate once their properties have been activated. Since the discovery of Runes, humanity has come to master the nearest reaches of the Solar System and began to gain a deeper understanding of the Oort Cloud, which has the highest known concentration of Runes.

Those who were fortunate enough to receive command of their own space ships and savvy enough to equip these with Runes, established their own bases on various asteroids within the Cloud. This location proved ideal for undertaking search expeditions and locating new Runes and artifacts. 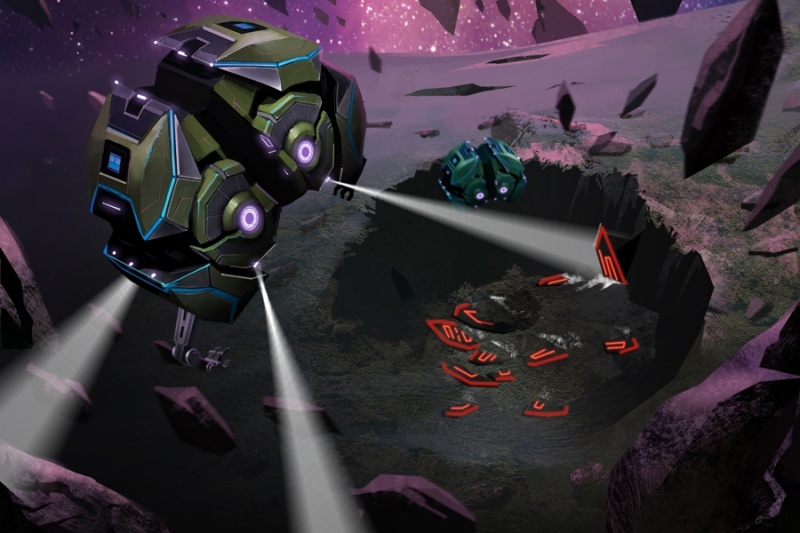 Because of the competition to get at these valuable resources, a number of civil wars inevitably erupted. No laws had any sway so far away from Earth and every asteroid owner began to establish their own laws, and to call themselves ‘Lords’. 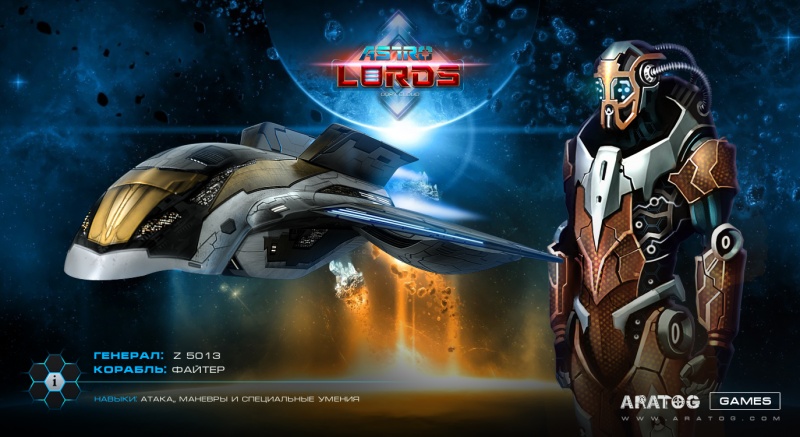 The asteroid research bases were quickly turned into military ones instead. These renegade Lords proceeded to establish the production of munitions and cyborgs which operated their numerous factories. Having discovered how to use energy crystals, of which there was an abundance on many asteroids, the Cloud bases became completely autonomous and independent. 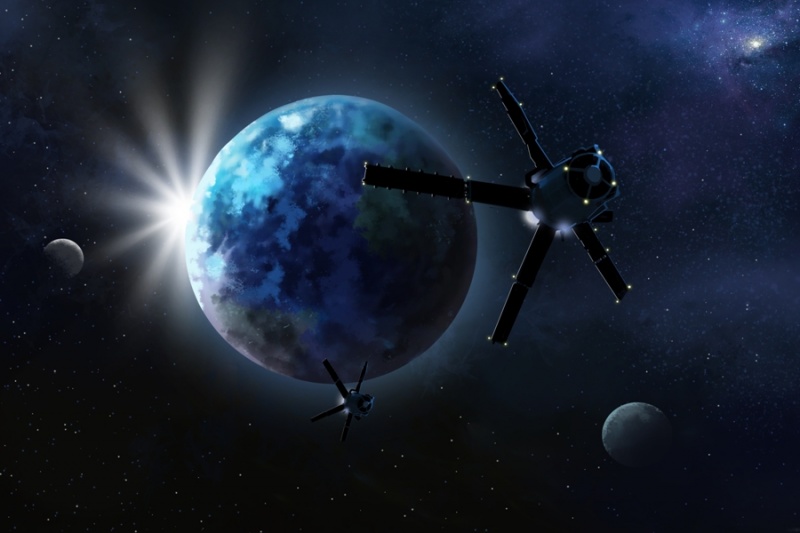 Humanity has long been preoccupied with understanding the modus operandi of Runes and artifacts – and, most recently, there has been some long-awaited progress in this regard. While scientists have not yet solved the mystery of the Runes, they have learned how to transfer Rune energy into … humans.

The desperate souls brave enough to take part in these experiments came to emit these energies just like the Runes. Despite the fact that such studies were immediately forbidden, some laboratories continued with their experiments. The test subjects were hunted down and had to go into hiding in various parts of the Cloud. Lords began to seek out these people and take them aboard their ships in place of Runes and artifacts. A new market was established in the Oort Cloud: here, it became possible to purchase people who possessed Rune energy along with the usual artifacts and Runes. In order to hide their presence on board ship in the event of meeting with the warships of the inner Solar System, these people came to be called 'Officers'.

One day, a new aggressive alien race arrived from the far reaches of space. As it turned out, this race was also on the hunt for Forerunner Runes and artifacts: it is likely that they know more about the Forerunners than the humans do. This race is warlike and unsociable. They field immense Boss ships and crews at the Arena: possibly in order to determine the military capabilities of our own ships. After several bloody skirmishes, it became clear that the Astro Lords and the Aliens did not see eye to eye and that a peaceful division of the Oort Cloud resources would be impossible. 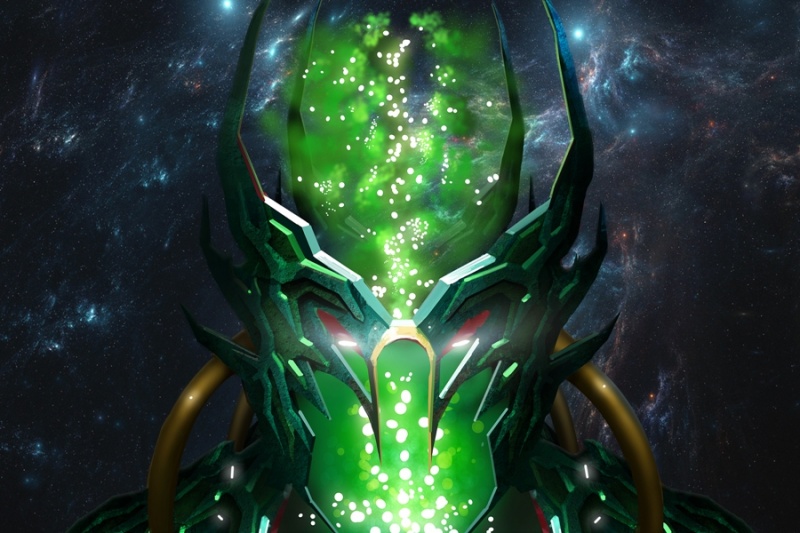 It never rains, but it pours: there was also a lot of people who considered the Runes a 'message from God', not the legacy of some ancient civilization. They believed that humans could decypher the Runes in order to learn the 'truth', and their belief started to spread. Thus, they created a warlike cult that started to collect all available Runes in order to read the 'Message'. Actually, these cult followers did not decypher anything, they just worshipped the Runes.

These people believe that those who activate the Runes are heretics, and try to destroy each and every one of them.

You, the new Astro Lord, must now take your place in this complex and challenging world.