Difference between revisions of "Battle mechanics"

In the battle, players can control movement, shots and shield of their ships. The power of some types of ammunition depends on how far players "drag" their aim.

To move space ships, players need to hold movement button, drag and then release it. Players can also move their ships by "dragging their ship" to desired direction.

The player's ship possesses energy that is used to move and fire cannons. If ships run out of energy, players need to wait until it is restored.

Players can restore it by clicking the corresponding button. When ships lose all of their HP (run out of minibots), they explode.

The further players "drag" the shooting button, the further their missiles go.

If they click shoot the second time, the missile follows the same trajectory. 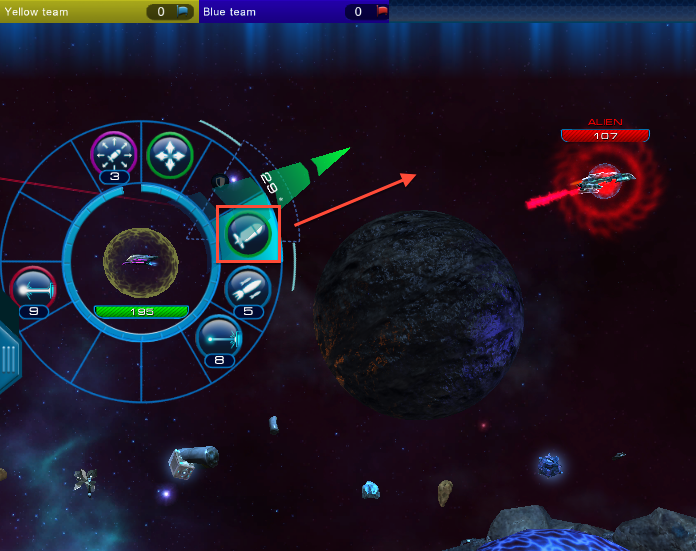 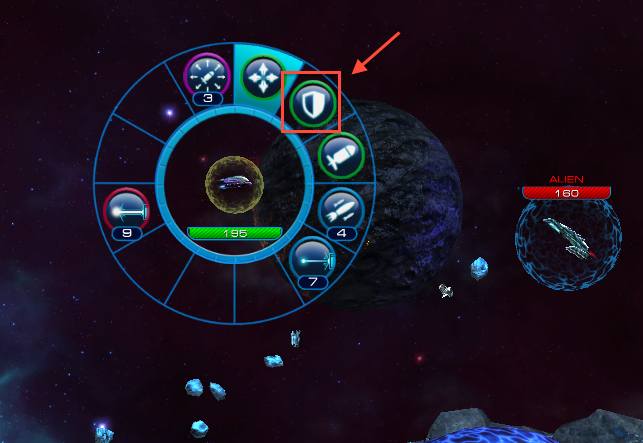